Any environmental phenomenon is primarily perceived by our sensory system, before it is categorized, interpreted and assigned a meaning. Vision provides about 90% of the sensorial information we build up from the surrounding reality. This includes the possibility for colour perception. In the process of visual perception other senses are constantly involved, and they provide an integrated representation of the phenomena, which is encoded in memory and shared by culture.
The categorization and the interpretation of colour are a priori emotional and vary from culture to culture. Languages themselves are prone to variation in color naming: color names have their own “cultural memory”, i.e. they “remember” or “forget” some notions relevant to the speakers’ cultural tradition. Moreover, some cultures do not even define the word "color" per se. Color metaphors are pervasive across languages, very often related with the conveyance of emotional content, yet also very variable in their content association.
Color is a strong semiotic resource and moreover a powerful instrument for meaning conveyance and communication. This potential is widely used in a range of fields, from art and color therapy, to interior design and fashion, from advertising, e-branding and marketing to social, ethnic or nation affiliation. Borderline phenomena such as involuntary synaesthesia, in which the perception of color is pervasive even in its sensorial absence, are particularly interesting to consider.
This interdisciplinary conference addresses the interaction between the physiological perception of color and its cultural representation.

Michael Bach
Michael Bach was born in Berlin in 1950. He studied Physics, Psychology and Computer Science in Bochum and Freiburg. In 1981 he finished his PhD thesis “Interaction between neurons in the visual cortex based on recordings with a multi-microelectrode”, supervised by Prof. Burkhart Fischer and Prof. Jürgen Krüger. He became head of the Electrophysiological Laboratory in the Department of Ophthalmology, University of Freiburg, in 1983. He holds a habilitation and venia legendi for ‘Neurobiophysik’ and was appointed as Professor (APL) in 1998. In 1999 he was appointed “Akademischer Direktor” and became head of Section Visual Function / Electrophysiology at the University Eye Hospital, University of Freiburg. Since 2004 he chaired the PERG Standardisation Committee of the International Society for Clinical Electrophysiology of Vision (ISCEV). He published more than 200 peer-reviewed papers, 500 first-authored oral presentations / posters and 20 book chapters, as well as the website visual phenomena.

Reinhold Görling is a professor of media and cultural studies at the Heinrich-Heine-  University Düsseldorf. He was visiting professor at Leopold-Franzens-University Innsbruck and the University of California Irvine. He got his PhD from the University Hannover with a study on literature, photography and film during the Spanish Civil War (“Dinamita Cerebral”, 1986), and his Habilitation in Comparative Literature with a study on aesthetic aspects of intercultural processes (Heterotopia. Lektüren einer interkulturen Literaturwissenschaft, 1997). His other publications include Kulturelle Topografien (Ed., 2004), Geste. Bewegungen zwischen Film und Tanz (Ed., 2008), Die Verletzbarkeit des Menschen. Folter und die Politik der Affekte (Ed., 2011). He currently works at the intersection between media philosophy, psychoanalysis, and visual studies.

Tao Wang was born in Kunming, China in 1962.  He studied Chinese Language and Literature in the Yunnan Normal University (Kunming) and then Art Theory at the Graduate School of the Chinese Academy of Arts (Beijing) before coming to London in 1986.   In 1993, he obtained the PhD degree from the School of Oriental and African Studies (SOAS), University of London with dissertation titled Colour Symbolism in Late Shang China, and in the same year was appointed as Lecturer and later Senior Lecturer in Chinese Archaeology at the Department of Art and Archaeology of SOAS. He now holds the position Reader in Chinese Archaeology and Heritage at the University College London.
He has published more than 50 academic papers and several monographs, including Ancient Chinese Bronzes in the Meiyintang Collections (2009),  Unpublished Chinese Wooden Slips in the British Library (2007, eds. with Frances Wood and Hu Pingsheng), A Selection of Inscribed Early Chinese Bronzes from Sotheby’s and Christie’s (2007, with Liu Yu),  A Complete Collection of Chinese Wooden and Bamboo Documents, vol. 20 (2005, ed. with Hu Pingsheng), Exploring China’s Past: New Discoveries and Studies in Chinese Art and Archaeology (1999, trans. and ed. with Roderick Whitfield),  Origins of the Wuxing Theory and  Modes of  Thought in Early China (1998, eds. with Sarah Allan, and Fan Yuzhou), Exploration into China (1995), and Dunhuang Manuscripts in British Collections (Non-Buddhist Scriptures) (1990-07, eds. with others). ). He has organized a number of conferences and workshops and is academic adviser and contributor to four TV documentaries on Chinese history and archaeology.


 Proposal of presentation of a paper
8 comments:

Please use the link below to download the program: 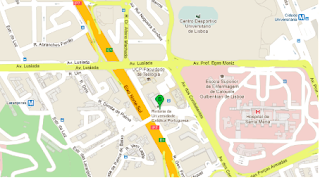 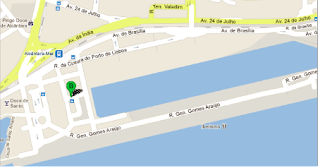